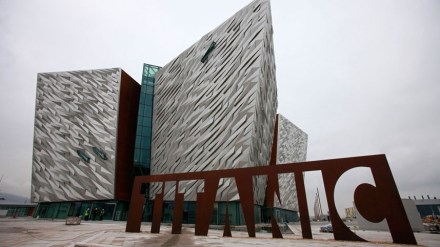 Pauline Hadaway May 21, 2011 Comments Off on Recent Publications

Relaunching Titanic: Memory and Marketing in the New Belfast

Relaunching Titanic critically considers the invocation of Titanic heritage in Belfast in contributing to a new ‘post-conflict’ understanding of the city. The authors address how the memory of Titanic is being and should be represented in the place of its origin, from where it was launched into the collective consciousness and unconscious of western civilization.

Too many? Too few? Arguments about immigration and asylum often turn on numbers. But what does it take to become a… twitter.com/i/web/status/1…

Looking forward to chairing this debate on citizenship @LiverpoolSalon next month with Catherine Carpenter, a lawye… twitter.com/i/web/status/1…

@Fox_Claire @johnhoey @BrexitMeps @Europarl_EN Well said, Claire. And well done for taking a stand when it mattered. I'm proud to know you.

@LovattMo Gets to the heart of the question of where power lies...need to brush up on Gramasci.

@LovattMo Thanks for sharing Mo. Interesting take on the tension between a government that holds political power an… twitter.com/i/web/status/1…