After the referendum – where to next?

Pauline Hadaway July 30, 2016 Comments Off on After the referendum – where to next? 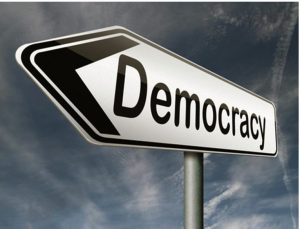 Britain’s  vote to leave the European Union has exposed the astonishing depth of disaffection between different regions and sections of society and between large numbers of British people and their political institutions. Many fear the consequences for democracy of overturning the decision to leave the EU. However, for many who are signing petitions or marching for a second Referendum, fears of a post Brexit Britain seem to prevail.  Meanwhile politicians seem paralysed, unable to confront reality, let alone govern.  In an atmosphere of anger, fear and recrimination, there is a sense of things falling apart.

But whatever we think about the outcome of the Referendum, most would acknowledge that the problems we face as a society did not suddenly arise on the morning of 24 June. Over the last few years, the Liverpool Salon has been hosting public conversations around the very issues we are grappling with today: questions about citizenship, national borders and migration; about democracy, political agency and the political choices that face us; about the future of the economy. Above all questions about the kind of society we want to live in.

Once again, we are joining forces with Ullet Road Unitarian church to host a public conversation. The theme is post Brexit Britain and the direction it should take. How do we go forward as a society? What values do we defend and take with us. What challenges do we face?  We don’t propose to re-fight the Referendum. And we don’t expect to find answers to all our questions.  But we want to be part of a new national conversation arising from the grassroots. We are inviting speakers with different points of view to lead off the discussion. We will be announcing them over the next weeks. But hope that people from all shades of opinion will join us and contribute their ideas and opinions to the conversation.

All are welcome.  There is no charge, but feel free to make a donation. And bring some food and drink if you can, to add to the spirit of good will and conviviality that The Liverpool Salon and the Unitarians seek to promote.

John Fitzpatrick worked for many years in community law centres in Brixton and Hammersmith in London and joined the University of Kent in 1991. He is Director of the Kent Law Clinic and teaches human rights law at Kent. The Law Clinic provides free legal representation to those who can’t afford it – in employment, housing, welfare benefits, immigration, asylum, public rights of way and other cases. while teaching students in the process.

Pauline Hadaway has worked in arts and education since 1990 and is co-founder of The Liverpool Salon, a forum for public debate on Merseyside. In her doctoral research at the University of Manchester, Pauline is exploring different uses of arts, heritage and culture as tools for peace building in Northern Ireland. Pauline has been published widely including: ‘Policing the Public Gaze’ (2009), a report for campaign group, The Manifesto Club and ‘Re-imagining Titanic, re-imaging Belfast’ in ‘Relaunching Titanic: Memory and Marketing in the ‘Post Conflict City’ (2013). ‘Escaping the Panopticon’ will be published in an essay collection by I.B. Taurus in 2017.

Mark Alan Hewitt -one of the speakers at the next @LiverpoolSalon - talking about Beauty as a vital concern for tho… twitter.com/i/web/status/1…