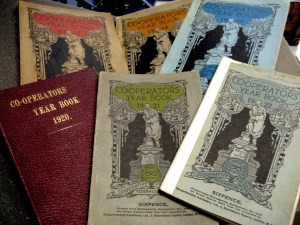 ‘Days of Hope? Exploring the Co-operators Yearbooks (1917-22)’ at the Co-operative Education Conference 2016.

My paper presents  findings from early explorations of the Co-operator’s Yearbooks  following six months’ research in the National Co-operative Archive, Holyoake House, Manchester. The research began with an interest in the Cooperative movement’s role in rebuilding society and the economy following the First World War.

The conference will be held in the Geoffrey Manton building, on the Manchester Metropolitan University (MMU) Manchester Campus, just off Oxford Road opposite Manchester Aquatics Centre.

No emergency housing in the freezing winter during lockdown. @KellyTolhurst twitter.com/our_MoH/status…

Great article by Chris Myant on the 'war of images', claims and counter claims of authenticity playing out in Macro… twitter.com/i/web/status/1…