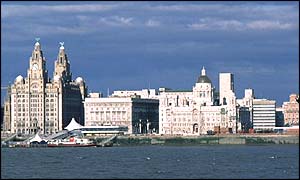 The United Nations Educational, Scientific and Cultural Organization (UNESCO) awards World Heritage status on the basis that the ‘outstanding universal value’ of a site, whether in recognition of its natural beauty, historical or cultural significance, is deemed sufficient to ‘transcend national boundaries’. Liverpool was inscribed as a World Heritage Site (WHS) in 2004[1] in recognition of its rich architectural inheritance, unique maritime and mercantile history and its pioneering role in the development of modern dock technology, transport systems and port management. The designation covers several parts of the old commercial city centre, warehouses and merchant’s houses, including the Pier Head buildings and the iconic Three Graces, believed to be the inspiration for the Bund in Shanghai. While most agree that Liverpool’s status as a world heritage city has contributed to its sense of civic pride, concerns have arisen among the city’s business community and political leadership that the designation may be posing a significant threat to future prosperity.

The city council’s 2011 decision to grant planning permission to a £5.5 billion docklands development lead to a dramatic fall from grace, with UNESCO placing Liverpool’s cultural and architectural inheritance on its list of ‘World Heritage in Danger’[2]. However city mayor Joe Anderson is continuing to back the development, in spite of a recommendation by UNESCO for a two-year moratorium on new developments in the city’s heritage sites and their surrounding ‘buffer zone’, including large parts of the city centre alongside derelict dockland and deprived neighbourhoods to the north of the city. The controversy not only places Liverpool’s WHS designation in jeopardy, but also raises important questions around local accountability for political decision-making and the problem of managing conservation in the context of the need for cities to grow and build prosperity for their citizens.

Aimed at reclaiming disused dockland to the north of the city, the Liverpool Waters development includes plans for apartments, offices, hotels and bars, as well as the 55-storey Shanghai Tower and other skyscrapers, which promised to ‘turn Liverpool into an international standard waterside destination’ that could rival New York, Vancouver and Shanghai[3]. The dockland development is part of a wider Mersey Ports Master Plan[4] aimed at building transport infrastructure as a drive for investment and trade, including an ambitious plan to develop ‘water freight transport solutions’ by re-connecting the Port of Liverpool to Manchester via the Manchester Ship Canal.

While initially supporting ‘the principle of a major scheme of regeneration in the Central Docks’ and recognizing the need for investment, particularly in the deprived north of the city, English Heritage raised objections based on the ‘density of development, the mass and scale of the waterfront blocks and the height and scale of the tall buildings’, alongside threats posed by underground car parks to ‘buried remains of the docks’[5]. Some compromises have been reached around structural issues, however English Heritage’s key objection is based on its perception of the dockland development as a threat to the authenticity and integrity of the city’s cultural identity, by virtue of its location:

…..within an historic environment of international importance that reinforces the distinctiveness of Liverpool, allowing the City to be instantly recognisable, legible and rooted in its highly influential history. [Liverpool Waters-English Heritage Report Executive Summary. P.2]

This view that scale of the development would detract from the ‘historical primacy’ of Liverpool’s cultural heritage was echoed in a UNESCO inspection report published in November 2011, which warned of the threat of a ‘serious loss of historical authenticity’[6]. The city council’s counter argument appears to be based on a very different concept of the city as a diverse, dynamic and political space where economic, cultural and social priorities remain contested:

We value the heritage status but we can’t let it stifle the growth of our city. People …come here for so many reasons – our culture, yes, our buildings, and because we are open and developing [7].

In a recent assessment of the impact of Liverpool’s WHS designation the Institute of Cultural Capital (ICC) explored perceptions and attitudes among citizens[8]. Based on interviews and surveys of people involved in managing or promoting Liverpool’s visitor economy alongside ordinary Liverpudlians, the ICC report suggests that while people are generally agreed that Liverpool’s designation as a world heritage site has ‘contributed significantly’ to a sense of civic pride, those living in deprived areas outside of the city centre feel much less positive about the benefits than more affluent city centre residents. Local opinion is also divided on the economic value of the designation, with many citizens struggling to identify clear economic benefits. On the question of Liverpool losing its WHS designation, most agreed that this would have adverse impacts on the city’s image and attractiveness as a visitor destination. However, concerns over the negative impacts of delisting appear to be much greater among city centre residents than citizens living in ‘outlying and deprived city areas’, where the proposed Liverpool Waters development was ‘more likely to be welcomed as a much needed and long overdue’ stimulus for the economy.

The findings of the ICC Report appear to suggest a degree of sympathy among Liverpool citizens for the city mayor’s argument that compliance with the UNESCO moratorium on development would place ‘hundreds of millions of pounds worth of investment and jobs at risk by sending out the message that Liverpool had ‘shut up shop and was closed for business’[9]. The ICC Report concludes that the city should do more to promote and educate its citizens on the positive outcomes arising from the social, cultural and educational values associated with the WHS title. However the differences between ‘the heritage and development camps’ appear to run much deeper than questions of perception. How do ideas associated with defending the integrity of ‘threatened heritage’ translate into the messy business of local decision making in dynamic urban contexts, where people live and work? In an era of prolonged austerity and public spending cuts, might the object-based logic of conservation, authenticity and ‘historical primacy’ be more and more called into question as cities seek to recover the dynamism of the past as a way building a better future?

Pauline Hadaway February 6, 2015 Comments Off on Escaping the Panopticon

On Budget Day 2012, photographer and film maker @indyrikki was in Parliament Square taking pictures of UK Uncut demonstrators being moved on by the Police[1]. 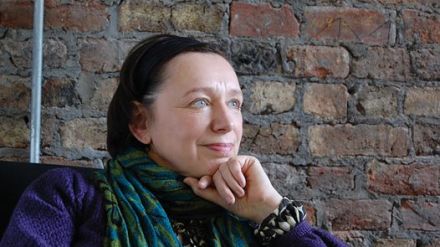 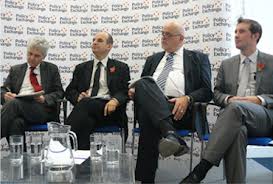 No Surrender to the Censors

Pauline Hadaway December 2, 2012 Comments Off on No Surrender to the Censors

Belfast City Council arts subcommittee passed a vote of censure against the Vacuum, a local arts and cultural review, following a complaint that it contained material which was offensive to Christians.

Lost in the Maze

Pauline Hadaway February 18, 2011 Comments Off on Lost in the Maze

Speaking in the wake of last month’s tragic spate of suicides in north Belfast, Irish President Mary McAleese blamed the peace process for failing young people in Northern Ireland, parts of which, she said, remained ‘stuck in a time warp’ of sectarianism and paramilitarism, where, in the context of rising prosperity across Ireland, levels of poverty were often ‘worse than during the Troubles’.

Looking forward to hearing some fresh perspectives on the global impact of coronavirus. Great line up inc… twitter.com/i/web/status/1…

My take on emergency responses to the crisis in the British, Irish and Northern Ireland arts sector & what they rev… twitter.com/i/web/status/1…

Looking forward to chairing this debate on the future of Britain's regional economies with @ShelaghLtd… twitter.com/i/web/status/1…